Nine U.S. Greens have served in state legislatures. Five were directly elected. Four changed their party affiliation to Green while in office. Here is who they are and how they got there. 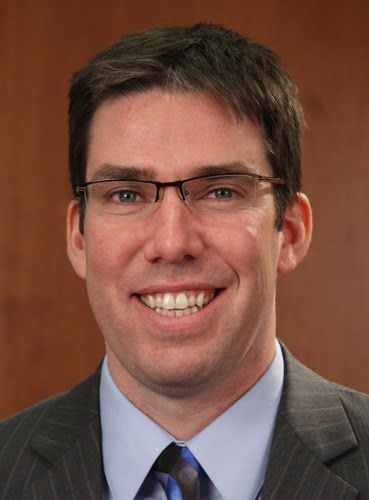 Shane Robinson – November 2018 (Maryland): State Delegate Shane Robinson, a sitting Democratic member of the Maryland House of Delegates (District 39), registered Green on November 19, 2018, joining the Maryland Green Party.  Forty-one years old at the time, Robinson served as a Green til the remainder of his term in January 2019.

A Green Party member in his 20s, Robinson was elected to the Maryland state House of Delegates as a Democrat in 2010 and re-elected in 2014, but lost the 2018 Democratic primary. Therefore his term in office would end in January 2019.

In returning to the Green Party, Robinson said he felt constrained in the Democratic Party on issues such as climate change, social justice, grassroots democracy, decentralization, and emphasizing a peacetime economy. Yet had Robinson been re-elected, he would have remained a Democrat.

“The primary job of a delegate is to represent your constituents and being part of the majority party has benefits and would allow me to be able to do things for my constituents with a much higher degree of efficacy than if I wasn’t in the majority party. If I was going to serve as a member of the Green Party, I would only do it if I had run as a member of the Green Party because then people would know, up front, what my plans were and make a decision about whether or not to support me.”

Going forward, Robinson said he could have continued to try to work within the Democratic Party to make it better; but because his personal views were more aligned with the Green Party, he wanted to be true to himself and switch parties. 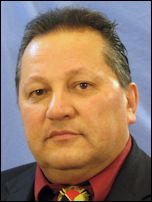 Bear joined fellow Green and State Representative Ralph Chapman, increasing the Green Independent Party’s legislative caucus in the Maine House of Representatives to two. Chapman himself had joined the Greens in September 2017.

A member of the Houlton Band of Maliseets, Bear was the first elected Maliseet Tribal Representative to the Maine House in November 2012. He served from January 2013 through January 2019, during the 126th, 127th and 128th Maine State Legislatures. Under Maine state law, three tribes – the Houlton Band of Maliseets, Penobscot Nation and Passamaquoddies – can send a nonvoting member to the Maine House of Representatives. While these members can’t vote, they can introduce legislation, something Bear did on a number of issues, including several bills trying to empower his and other tribes. He also supported a bill to rename Colombus Day as Indigenous Peoples’ Day, which was defeated 75 to 67 by Democrats in the majority.

In 2019, the Houlton Band of Maliseets chose not to send a representative. According to Bear “Due to the paternalistic manner in which the Tribal Government determined the State was treating our People, including ignoring apparently valid treaty and land rights in the Aroostook region, the Tribe, itself, chose not to send it’s elected Tribal Representative back to the Maine Legislature for the 129th session. 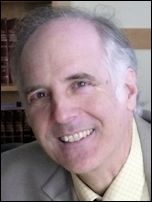 Announcing his joining the Maine Greens, Chapman wrote, “I have joined the Maine Green Independent Party in order to highlight the democracy-diminishing effects of corporate funding influence on the statehouse party leadership of Maine’s two largest political parties.” Chapman was motivated to change party affiliation by what he said was the “indifference” toward the citizens of Maine shown by the Democrats and Republicans, when the state legislative overturned parts or all of three citizen-initiated and –enacted major pieces of legislation.

“Even our state legislature is largely controlled by accountability to funding sources, not people. The Maine Green Independent Party offers an alternative. Greens do  not accept corporate donations, in contrast to the Democrats and Republicans. In essence, the Maine Green Independent Party is demonstrating by its actions, how to behave as though the Citizens’ United Supreme Court decision were overturned.”

Fred Smith – November 2012 (Arkansas): Fred Smith became the second Green Party member elected to the Arkansas House, winning 100% of the vote in a two-way race against a Democrat. 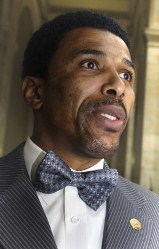 How did this happen? Just hours before polls closed in Arkansas a judge ordered that votes for Democrat candidate Hudson Hallum not be counted. In September 2012 Hallum was convicted of conspiracy to commit election fraud, and was forced to resign from the House. At that point he was ineligible to serve another term, but it was too late to remove his name from the ballot. Smith then went to court seeking that none of Hallum’s votes be counted. On Election Day, just before the polls closed, the judge granted Smith’s request. Had the votes been counted, and had Hallum won, that would have created a vacancy and a special election would have been held. Out of more than 20,000 votes case, only 2,905 voted for Smith.

Ironically, Hallum held the seat that Smith had held previously as a Democrat. Smith had resigned from office when charged with theft, but was later exonerated of that charge. Smith sought that seat again, but the Democrat slot on the ballot was taken so he approached the Green Party. 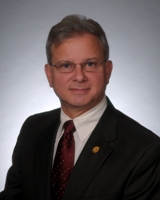 Richard Carroll – November 2008 (Arkansas) – Green Richard Carroll was elected to the Arkansas State House of Representatives, District 39 in a race in which he was the only candidate on the ballot, winning 89.3% of the vote. A Democrat ran as a write-in against him.

On April 29, 2009 Carroll registered as Democrat. On May 18, 2010 he was defeated for re-election in the Democratic primary, receiving 19.7% to his opponents 80.3%, who was a sitting Democratic State Senator termed out for her seat and seeking to move back into the State House.

John Eder – November 2004 (Maine): Green John Eder was re-elected to the State House of Representatives with 50.9% of the vote, becoming the first sitting Green state legislator to be re-elected.

After Eder was first elected in November 2002, Eder’s State House district was gerrymandered by the Democrat-controlled legislature, specifically to try to unseat Eder – removing Eder’s political base from his district and pitting him against a strong, three-term Democratic incumbent.

Maine Greens filed a lawsuit, alleging the plan violated the U.S. Constitutional requirement that districts be contiguous and compact, because the plan was clearly designed to protect Democratic incumbents, and that it utilized non-contiguous districts to do so. The Maine Supreme Judicial Court countered that the fact that a plan may protect incumbents or is politically motivated, does not make it invalid as long as both constitutional and statutory requirements (like the “one person, one vote” principle of the 14th Amendment) were adhered to.

Outsmarting the Democrats, Eder moved back to his old district — now called District 118 — and regained 70 percent of his base, which he parlayed to victory over another Democratic incumbent. Ironically, the Democrats’ effort to gerrymander the district appears to have created a backlash against them to the benefit of Eder, as people felt the Democrats were trying to rig the process. In 2006, Eder was defeated for re-election. He received 48.4% of the vote. 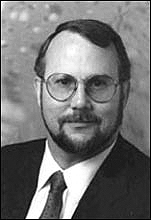 Once in office and disgusted by what he said was the corruption of big money upon the Democratic Party’s policy agenda, Ahearn left the Democrats and became the first sitting state legislator in the U.S. to re-register Green. “The stranglehold by big money in politics on these issues must be broken at all levels of government. Our children and their future grandchildren deserve nothing less from us.”

In November 2003, Ahearn was targeted and defeated by the Democrats with last minute direct mail attacks, after polling well leading into the last few weeks of a race that featured five candidates for two seats. New Jersey’s ballot design at the time was also prejudiced against minor party and independent candidates, according to Richard Winger of Ballot Access News, placing scu candidates in a far corner of the ballot where many voters didn’t even see their names.

John Eder – November 2002 (Maine): Green John Eder of Portland, Maine was elected to the Maine House of Representatives, becoming the first Green to win a regular election to a State Legislative seat, winning with 66.8% of the vote in a two-way race against a Democrat in District 31.

Soon afterwards, state Democrats tried to redistrict Eder out of a job, changing boundary lines so that he no longer lived in the district from which he was elected. In response, Eder moved four blocks into most of his former district, now numbered District 118, and won the seat again, this time with 50.9% in a three-way race. 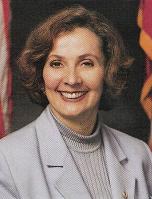 Bock was elected in a two-way run-off race against a Democrat, after the first round failed to produce a majority vote winner among how four Democrats and one Green. Afterwards by state law, the top vote-getter in each participating party advances to a run-off. The Republicans did not run a candidate. Bock was outspent by Democrat Elihu Harris by a margin of better than 16 to 1 ($550,000 to $33,000),

On October 7 in the same year she was elected, Bock registered ‘Decline-to-State” (i.e. no party), in large part so that she would not have to compete in California’s March 2000 ‘blanket primary’. Under that system, each party’s primary was compelled to be open to all voters, with the winner of each party primary advancing to the November 2000 General Election.

Even though Bock would have won the small uncontested Green Party primary, her total votes would have compared unfavorably side-by-side with her Democratic and Republican opponents, which Bock felt would hurt her chances of re-election. By contrast, independents didn’t have to be on the ballot until the November 2000 General Election.

Bock also felt she was at a significant fundraising disadvantage, having only been in office a few months before the deadline to decide on her party registration for the March 2000 primary, while her opponents had already long begun raising money and were part of larger party machines. Therefore Bock chose to place her hopes on the November 2000 General Election. Bock lost re-election in November 2000, running as an independent. California’s open blanket primary system was eventually declared unconstitutional by the courts.

Search for Candidate, Office, Year or a combination